INDONESIA's president Mr Joko Widodo attended a groundbreaking ceremony in the west Javan town of Walini on January 21 to mark the start of construction of the country's first high-speed railway linking Jakarta with Bandung. 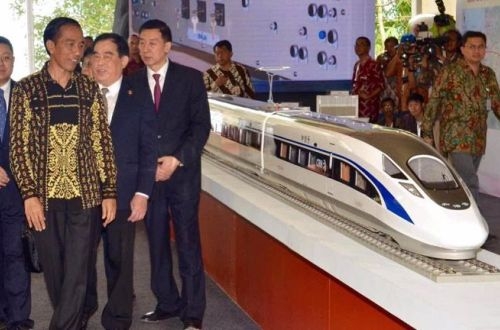 Walini will be the location of one of the eight stations on the 142.3km line which will be designed for 250km/h operation. Construction is scheduled to be completed in 2018 allowing high-speed services to start in early 2019. A 40-minute journey time is envisaged, compared with around three hours on the existing 173km line.

China Development Bank will provide 75% of the funding for the $US 5.5bn project, with the remainder coming from PT Kereta Cepat Indonesia-China, the joint venture of four state-owned Indonesian companies and China Railway International, which will construct the new line.

The construction contract was signed in October 2015 following a chaotic bidding process caused by the Indonesian government repeatedly changing its mind over the project.