PUBLIC consultation is set to begin next month on plans for the construction of a second light rail line in the French city of Angers. 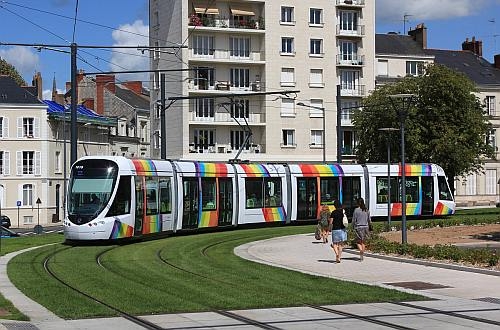 The 10km Line B would link Belle-Beille in the west of the city, running along Avenue Patton into the city centre, where it will briefly share tracks with Line A before turning east along Avenue Montaigne. From here it will turn north onto Boulevard de Deux Croix and Boulvevard Alloneau to reach the eastern terminus at Monplaisir.

The project will include a short link between Line B on Avenue Montaigne and Moliére station on Line A which will create a light rail loop in the city centre.

The total budget for the construction of Line B is expected to be around €250m. Public consultation is due to conclude in the second quarter of next year.