COUNCILLORS in the French city of Angers have voted to defer the start of construction on the city's second light rail line amid concerns that the city lacks the financial resources it will require to sustain the €245m project. 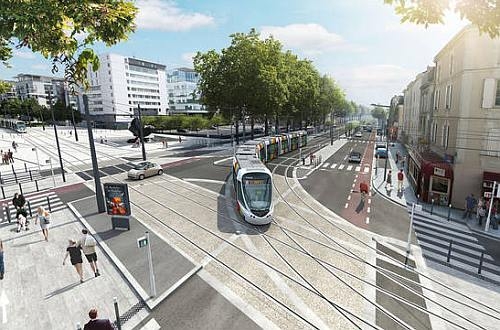 Under a timetable published last year, construction was due to begin at the end of this year on the 9.9km Line B from Belle-Beille to Monplaisir in the east, with commissioning scheduled for late-2019. Under the revised proposals work will begin in 2019, six months before the next local elections, which means the project will not be completed before 2022.

The revised schedule is due to be ratified by Angers Loire Metropolitan Council on February 15.