SIGNIFICANT changes were made to the tram network in Antwerp on June 3 with the opening of an extension in the north of the city and a new tunnel in the city centre. 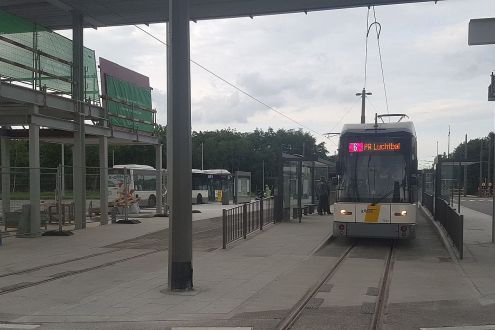 In the northern district of Luchtbal, Line 6 has been extended 2km to serve a park-and-ride station and public transport interchange near the E19 and A12 highways. The extension adds four new stations to the network: Kineoplis, Luchtbal Kerk, Dublin and P+R Luchtbal.

The opening of a new 0.8km link between Astrid Premetro station and Stadspark has enabled the extension of lines 8 and 10 to the south of the city. The new connection includes a 500m tunnel beneath Frankrijklei. Line 8 services now terminate at Bolivarplaats, while Line 10 continues to Schoonselhof park-and-ride station in Hoboken.