FOLLOWING a lengthy legal dispute, plans to extend Bordeaux's tram network to the northwest received a significant boost on July 21, when the city's administrative appeal court ruled that the €270m project can go ahead. 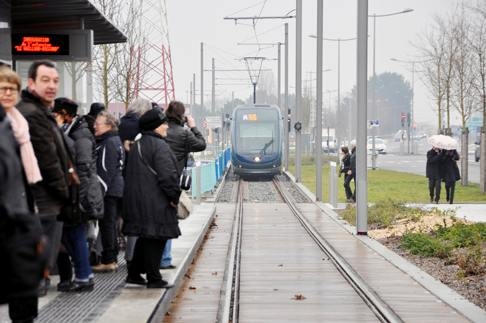 Last year a group of opponents, the Aquitaine Alternatives Association, mounted a legal challenge claiming that Bordeaux Metropolitan Council had failed to carry out an adequate socio-economic evaluation of both Line D and the Tram-Train du Médoc - a legal requirement for major infrastructure projects in France - and this rendered the declarations of public utility for the two schemes invalid because the population had not been properly informed of the business case at the public inquiry stage.

Last October Bordeaux's administrative court ruled that the declarations of public utility for both projects should be suspended. However this verdict has been now been overturned following an appeal, with the court stating: "there were no inaccurate elements or limitations in the public inquiry that would harm complete information of the population."

Line D will run for 9.8km from an interchange with lines B and C at Quinconces in the city centre to serve the districts of Le Bouscat, Bruges, and Eysines, where it will terminate at a 500-space park-and-ride station at Cantinolle.

The court's decision also means construction can restart on Tram-Train du Médoc, which is now around 70% complete.