THE 5.5km northern extension of Bremen's tram network from Bremen-Borgfeld to Lilienthal and Falkenberg, which crosses over the state border into neighbouring Lower Saxony opened to passengers on August 1. 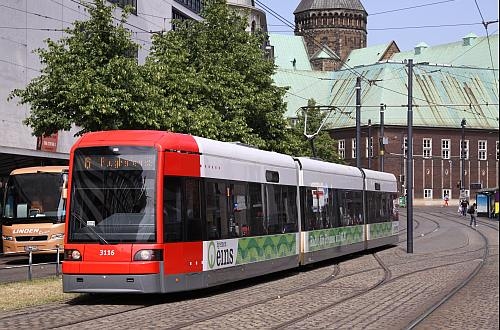 Construction started on the 10-station line in February 2011 and it was originally due to open in September 2013, but completion was delayed by the insolvency of one of the civil engineering contractors.

The new line is the culmination of network expansion to the north of Bremen which has resulted in the Line 4 route being built in three stages, the previous two being Kirchbachstrasse – Horner Mühle, which opened in 1998 and Horner Mühle – Borgfeld which was completed in 2002.