THE Hungarian government confirmed on November 14 that it will provide funding for a further 26 CAF low-floor Urbos LRVs under the framework of a contract signed between Budapest Transport Centre (BKK) and CAF in March 2014. 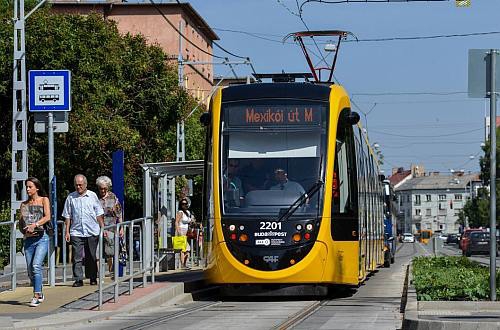 The initial contract was for 37 vehicles - 25 34m-long and 12 56m-long LRVs - which was later supplemented with a further order for 10 of the shorter LRVs. The new contract is for the supply of five 56m-long and 21 34m-long vehicles, increasing the CAF fleet in Budapest to 73.

Eight shorter LRVs from the first order for 47 vehicles were assembled in Hungary at the Dunakeszi railway works. The current CAF fleet is operated by Budapest Transport Company (BKV) on lines 1, 3, 17 and 41. The shorter LRVs from this new order are set to enter service on lines 56 and 61.