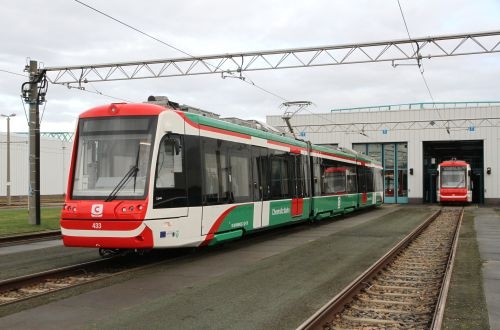 Six of the tram-trains have been delivered to Chemnitz tram operator CVAG and are undergoing commissioning. Driver training and final approval tests are underway.

The tram-trains have been built by Vossloh Rail Vehicles in Valencia, Spain and the final two units will be delivered by mid January.

In early December VMS and Chemnitz tram operator CVAG received planning permission for construction of a new 2.5km tram line which will enable the extension of tram-train operations on the existing railway line to Thalheim.

The link is due to be completed in 2017 and will serve Chemnitz Technical University, terminating at Technopark. CVAG tram operations should begin in December 2017 with tram-train services extended beyond Technopark to Thalheim in December 2018.

Four additional Citylink tram-trains are on order for the new route, which is part of phase 2 of the network.

A full description of the Chemnitz tram-train project will appear in an upcoming issue of IRJ.