12km route to be built under 35-year concession. 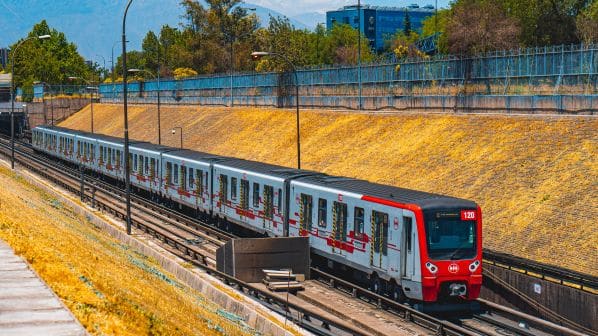 CHILE’s Ministry of Public Works is planning to call tenders in 2023 for the construction of a light rail route connecting Santiago’s international airport with the city’s metro network.

The $US 398m project would be funded by private finance under a 35-year concession. As well as serving Arturo Merino Benítez Airport it would provide the districts of Pudahuel, Lo Prado, Cerro Navia and Estación Central with sustainable public transport, improving local connectivity.

The project has been developed by Engie and earlier this year was declared to be in the public interest by the Public Works Concessions Board.

The light rail line would run to the airport from Pajaritos station on Line 1 of the Santiago Metro, with four intermediate stops at Barrancas, Serrano, Parque Isidora and La Oración. There would be a second interchange with the metro at Barrancas, which is on Line 5 of Santiago network.

However, former Santiago Metro president, Mr Louis de Grange, has proposed an alternative route from Renca or Cerro Navia on metro Line 7 which would reduce overall investment cost by 50%.

Line 7 is currently under construction and will run for 26km from Renca to Vitacura serving 19 stations. It is due to be completed in 2027.

The start of tunnelling for Line 7 at the Parque Balmaceda work site has been marked by a ceremony attended by the president of Chile, Mr Gabriel Boric, together with minister of transport, Mr Juan Carlos Muñoz, current Santiago Metro president, Mr Guillermo Muñoz, and Santiago Metro general manager, Mr Felipe Bravo.

“Metro lines bridge gaps, not only in terms of distance, but also in social terms, because they bring opportunities to the most vulnerable or underprivileged sectors of the city,” Muñoz says.

“For this reason, when a new line begins construction, the hope of a better future reaches local residents, who in the case of Line 7 are especially represented by the districts that the metro will reach for the first time: Renca, Cerro Navia and Vitacura.”