TRANSPORT for Greater Manchester (TfGM) will launch public consultation on July 4 on the planned 5.5km western extension of the Metrolink light rail network to Trafford Park. 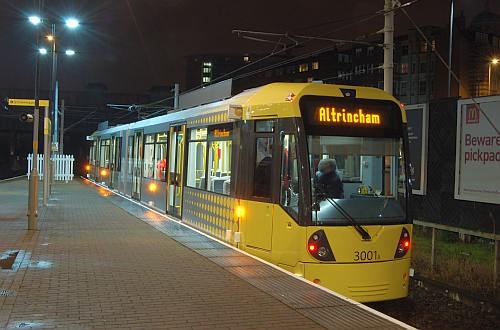 The line would branch off the existing Eccles Line near Pomona station and run on a largely off-street alignment following the Manchester Ship Canal through Parkway Circle, where a park-and-ride station is planned, before reaching a terminus at the Trafford Centre leisure and shopping complex.

Feedback from the 12-week consultation will be used to finalise the specification for the £350m project before TfGM applies for a Transport and Works Act, which will enable it to begin tendering for construction.

Greater Manchester Combined Authority (GMCA) has already approved £37m in funding to get the project 'shovel ready,' which includes an order worth around £20m for 10 additional Bombardier Flexity LRVs.