DENVER's Regional Transportation District's (RTD) board of directors has approved Kiewit Infrastructure's proposal to complete the 16.9km, I-225 light rail line, an extension of the existing line to Nine Mile by six stations to Peoria by November 2015. 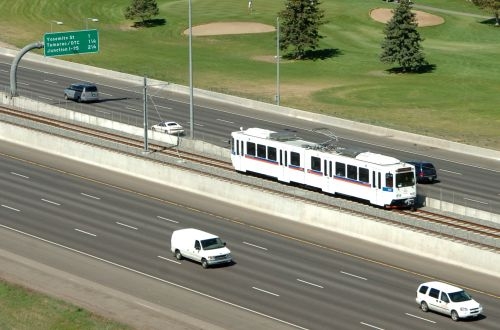 The board voted 14-0, with one member absent, to approve the plan under the FasTracks scheme after RTD staff had recommended the proposal from Kiewit to the board on July 3. RTD said the bid offered the best value for money over a similar offer from the Balfour Beatty Ames joint venture. The line will open in mid-2016 after around six months of testing.

The new I-225 line, which is projected to serve 34,400 riders per day by 2035, will offer connections to Aurora City Centre, the Anschutz/Fitzsimons Medical Campus and will provide a link to Denver International Airport through a connection with the East Rail Line at Smith and Peoria which is also scheduled to open in 2016. The line will also serve a future military veterans hospital that will serve approximately 57,000 ex-servicemen and their families each year.

With construction of the first section of the 1-225 line from Parker Road to Iliff getting underway in May under a contract with the Colorado Department of Transportation, RTD is set to finalise contract negotiations with Kiewit with the aim of issuing a Notice to Proceed on the remainder of the link by the end of the summer.

FasTracks is RTD's voter-approved 12-year, $US 6.5bn expansion programme to build 196.3km of new commuter and light rail lines as well as improve bus and parking facilities in the Denver-Aurora-Boulder metropolitan area. In addition to the I-225 line and East Rail Line, the 19.5km West Rail line, another light rail extension, is scheduled to open early next year, while the 18km Gold commuter line is scheduled to open in 2016. The 66km Northwest electrified commuter lines to Boulder and Longmont and the 45km North Metro corridor are due to open in 2019.