ESKISEHIR Light Rail Transportation Company (EsTram) has awarded Škoda Transportation a contract worth around €26m to supply 14 28T ForCity Classic low-floor LRVs, which will be equipped with batteries for catenary-free operation. 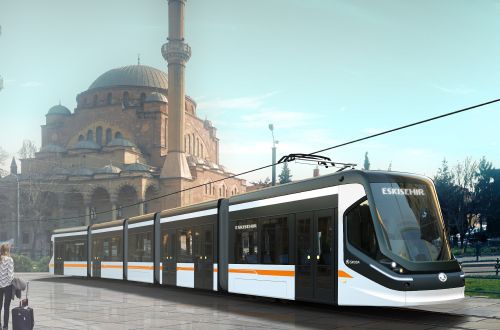 The metre-gauge unidrectional vehicles will be 30m long and accommodate up to 276 passengers. Each vehicle will be equipped with four double doors and two single doors.

The vehicles are being ordered to support the extension of city’s tram network, which will include a catenary-free section. Each LRV will be equipped with Škoda’s roof-mounted Catfree system which uses high-performance nano-lithium-titanium batteries to provide a catenary-free range of up to 3km.

According to the tender, the first vehicle must arrive within 240 days of contract signing and deliveries will be completed within 420 days.

Turkish manufacturer Bozankaya also submitted a bid for the contract.

Eskisehir is the second Turkish city to opt for the ForCity after Konya, which operates a fleet of 60 conventional and 12 catenary-free vehicles.