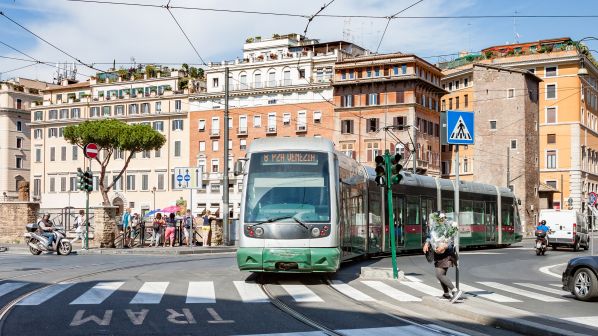 ROME city council has approved a funding agreement reached with the Ministry of Sustainable Infrastructure and Mobility that will see a total of €456m provided for public transport projects in the Italian capital.

Of the total, €184m is allocated to the construction of a new light rail route to Palmiro Togliatti railway station, located on the Rome - Pescara line to the east of the city centre.

The funding agreement also provides €159m to finance the purchase of 40 new LRVs, and €23.5m for the construction of a new light rail route from Verano to Tiburtina.

A total of €90m has been allocated to the extension of Rome metro Line C from San Giovanni to Piazza Venezia. This will fund the construction of two connecting tunnels between the running tunnels on section T3 in the Fori Imperali area and the purchase of six new trains. It will also support work to upgrade the interchange between Line C and Line A at San Giovanni in order to meet the latest fire safety regulations.

“I thank minister Enrico Giovannini and the entire government for the valuable work with which we have reached these agreements, which we will follow up with the utmost commitment and speed,” says mayor of Rome, Mr Roberto Gualtieri.

“We are taking a fundamental step forward on the path to finally providing Rome with a public transport network on a par with a major European capital. We want to carry out a true transport revolution, to reduce the distances between neighbourhoods, make the lives of the citizens of Rome easier and make our city greener and more sustainable, with fewer cars and less pollution.”

For detailed data on light rail and metro projects from around the world, subscribe to IRJ Pro.