SEVEN of the eight groups prequalified by Israel’s Finance Ministry for the Jerusalem Green Line light rail project have been invited to bid for the tender. 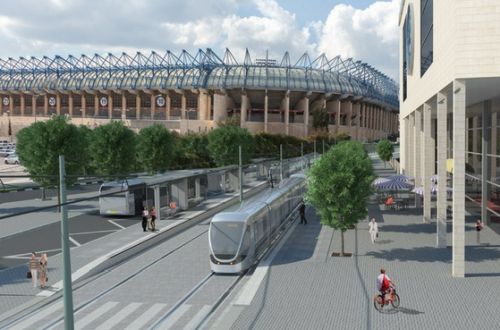 Artist's impression of the Green Line.

The 19km line will link the Hebrew University on Mount Scopus in eastern Jerusalem with the Gilo neighborhood in south of the city and will connect with the existing Red Line at two locations.

Moriya, which is responsible for developing Jerusalem’s transport network, announced on February 26 that the basic infrastructure works for the Green Line are now underway. “The beginning of works on the Green Line are a positive sign to solving the ever-growing traffic congestion of the city,” says Moriya’s general manager advocate Mr Doron Neuwirth. “Together with the additional line to be built in the future - the Blue Line - citizens will hopefully at last be free of the nightmare caused by being stuck in the crowded roads.”