TRANSPORT for Greater Manchester (TfGM) has awarded a joint venture of Keolis and Amey a 10-year contract to operate and maintain the city’s 92km Metrolink light rail network. 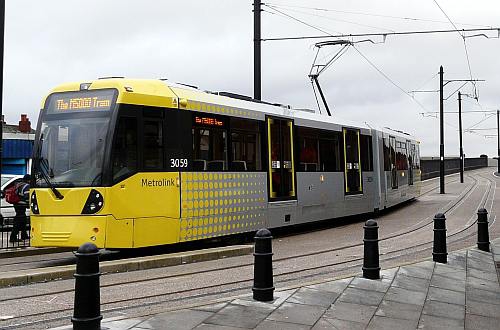 KeolisAmey was one of four groups shortlisted by TfGM in October 2015 to bid for the contract, the other three being National Express, Transdev and existing operator RATP Dev. KeolisAmey will take over from RATP Dev and maintainer MPact-Thales when their contracts end in July.

Metrolink is operated by a fleet of 120 modern LRVs supplied by Bombardier and equipped with Wi-Fi. Under the new contract, 300 new jobs, including drivers, customer service representatives, apprentices, and trainees, will be created with a commitment to improve staff training and skills. This will enable an increased staff presence on the network to improve customer service and security. There is also a commitment to improve reliability and communication with passengers.

Metrolink has tripled in size in recent years through a £1.5bn expansion programme, making it the largest light rail network in Britain, and is set to expand further. Manchester’s second line through the city centre will be completed this year, and a £350m 5.5km extension to Trafford Park will open in 2020-21.