THE second light rail line in the French city of Le Mans was inaugurated on August 30 by the city's mayor Mr Jean-Claude Boulard, and member of parliament for Le Mans Mr Stéphane le Foll. 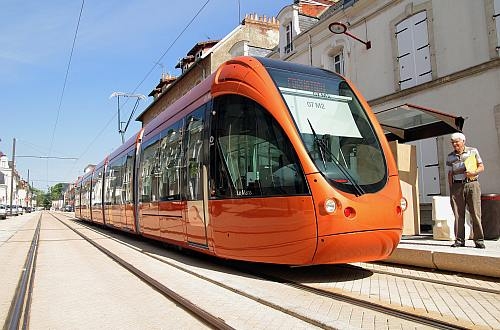 Line 2 services start at Bellevue station in the northeast of the city, traversing a new 3.4km €90m line to a junction with Line 1 at Préfecture. Line 2 trams continue through the city centre on Line 1 tracks as far as St Martin, where they diverge onto the branch to Espal, which previously operated as part of Line 1.

The first 15.4km phase of the network linking Université in the north with Espal in the east and Antarés in the south opened in 2007. A 13-station Line 3 is also planned which would run from a junction with lines 1 and 2 at the city's main station to the southwestern district of Allonnes.