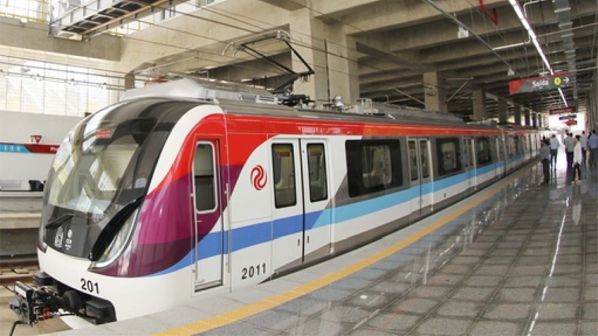 The Salvador metro is operated by CCR Metrô Bahia.

CCR Metrô Bahia, which operates the Salvador metro in Brazil under a 30-year Public-Private Partnership (PPP) contract, has presented to the government of the state of Bahia a study that proposes the construction of a light rail route from the Piatã district of Salvador to São Luiz in the municipality of Simões Filho.

The new route would be 20.4km long, running along the BA-528 road, the Avenida Orlando Gomes and the Avenida 29 de Março, and would provide interchange with the Salvador metro network.

There would be a total of 20 stops serving a local population of 530,000 residents. The new route would be operated with a fleet of 27 LRVs, each able to accommodate 400 passengers.

Construction would be undertaken in two stages, with the first stage running from the proposed bus station in Águas Claras to Praia de Piatã.

The second stage is dependent on the widening of the BA-528 road and would run from Águas Claras to São Luiz.

The light rail route would serve the same area as a proposed Bus Rapid Transit (BRT) route, which is included in the public transport development plan for Salvador but has been the subject of disagreement between the city of Salvador and the state of Bahia.

Bahia’s Secretariat of Urban Development (Sedur), which is responsible for managing the Salvador metro, has confirmed that the state government has received the light rail study from CCR Metrô Bahia, but would make no further comment as the study was still under consideration.