LIGHT rail infrastructure and patronage has seen a steady increase since the start of the millennium, according to a report from the International Association of Public Transport (UITP), with 108 new cities around the world opening their first line, including 70 in Europe. 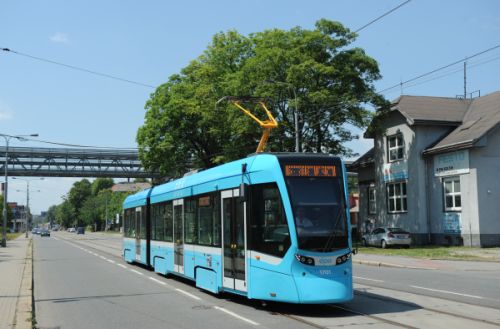 The Light Rail and Tram: The European Outlook statistics brief found that Germany and central Europe make up half of all patronage, with the rest split between southeastern Europe, France, Poland, the Benelux countries (Belgium, The Netherlands and Luxembourg), western Mediterranean, Nordic/Baltic and the British Isles.

There are notable differences between network structures across the countries. While the average European line is 7.3km long, they tend to be longer on average in countries with newer systems and a limited number of lines, while older, more complex systems feature lower average line length.

The fleet operating on the 1275 light rail lines in Europe consists of 20,750 trams and LRVs, with 51% of this fleet comprising partial or full low-floor vehicles, ranging from countries with almost 100% such as France, Spain, Ireland, Britain and Norway to those with much lower percentages.

The average annual mileage per vehicle in Europe is 52,000km, ranging between 38,700km and 77,500km. The discrepancy can be partly explained by the fleet age structure. In addition, this value is theoretical and based on the assumption that all vehicles are used equally.

UITP says that with continued pressure to reduce congestion, tackle poor air quality in cities and reduce greenhouse gas emission contributing to climate change, light rail will continue to obtain support of decision-makers and the travelling public in Europe.

However, much attention and resources will go into the maintenance, modernisation and replacement of assets to keep ageing systems attractive and fit for purpose. For this reason, the growth of green-field projects in Europe will continue to slow down.

For detailed information on light rail projects and fleets from around the world, subscribe to IRJ Pro.