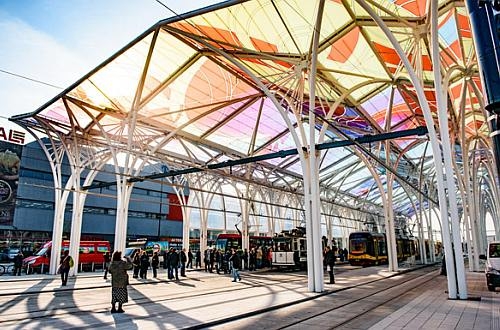 Public services began the following day on the 4km eastern extension from Augustów to Olechów, which has eight stations.

In addition to the extension, the two-year Zlotys 500m ($US 129.5m) project included construction of a 2km tram tunnel in the city centre, track relaying, reconstruction of Piotrkowska Centrum station with a new overall roof, new passenger information systems, and resignalling with priority signalling for trams at road intersections.

A new fleet of Pesa Swing low-floor LRVs was due to be introduced in time for the opening, but delays in delivery mean the first vehicles will not enter service until December.