THE German city of Mainz celebrated the latest addition to its metre-gauge tram network on December 11 with the opening of the 9.2km Mainzelbahn. 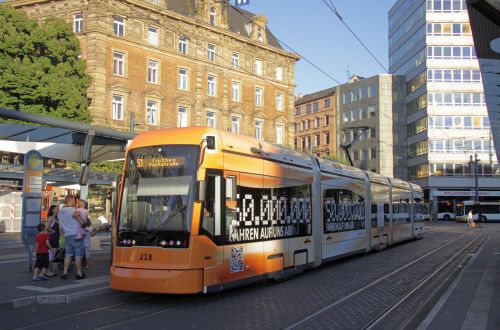 The line, which is served by routes 51 and 53, runs west from Mainzer Schlag near the city’s main station to Lerchenberg, serving 16 stations, and has three reversing loops.

Construction has cost around €90m, which is €20m more than forecast when work began in 2014.