MANCHESTER Metrolink launched full commercial services on the East Manchester line on February 11 with the opening of the initial 6.3km section between Piccadilly and Droylsden. 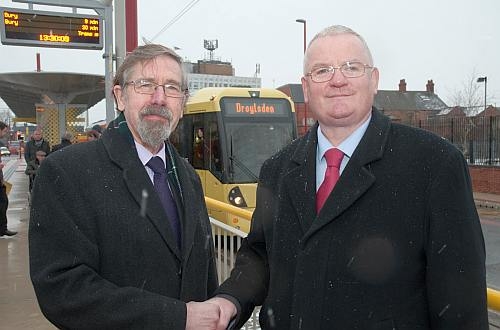 Around 20,000 passes were distributed to resdents living near the route, allowing them to sample the service free-of-charge between February 8 and 10. A 12-minute interval service operaters on the eight-station line during the day, with a journey time of around 20 minutes.

The 3.8km, four-station second phase from Droylsden to Ashton-Under-Lyne is currently under construction and due to open at the end of this year or early next year.

With the completion of the line to Ashton-Under-Lyne, frequencies will be doubled to a six-minute interval peak service with a 12-minute off-peak frequency and 15 minutes on Sundays and public holidays.

The M-Pact-Thales consortium is the main contractor for both phases of the project.

Test operation also began on February 11 on the section between Shaw & Crompton and Rochdale railway station.