MANCHESTER is set to complete the renewal of its tram fleet by 2014 after Greater Manchester Combined Authority (GMCA) approved the acquisition of a further 20 M5000 vehicles from Bombardier and Vossloh Kiepe. 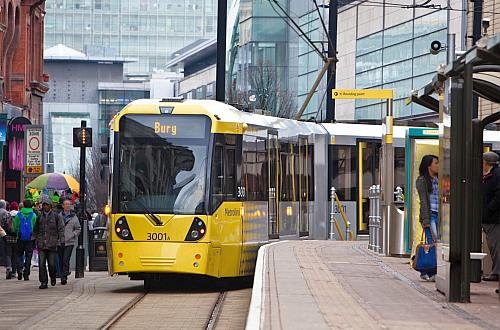 GMCA has already agreed to replace 12 of the 32 Ansaldo T68 trams, the oldest of which date back to the opening of the first phase of the network in 1992. The decision to replace the remaining T68s means all services on the Manchester Metrolink network will be operated by a standardised fleet of 94 M5000s.

"This decision signals the end of one chapter for Metrolink and the start of a new one," says Mr Andrew Fender, chair of the Transport for Greater Manchester (TfGM) Committee. "Our T68 vehicles were the first of their kind in Britain and served the first modern light rail network of its kind in the country. The arrival into service of our first new vehicles in December 2009 demonstrated just how far the industry has come in that time and it is clear that our T68s no longer live up to the standards that passengers expect."

With the launch of the South Manchester line to Chorlton and the expansion of the network to Oldham Mumps, around 25 M5000s are now in service on the network every day – just over half the available fleet. Utilisation of the vehicles will increase as further new lines are commissioned.

The phased withdrawal of the T68s began in November 2011 and TfGM says a plan to phase out the remaining vehicles will now be developed with Metrolink operator MRDL.