MILWAUKEE’s The Hop Streetcar was officially opened on November 2, with passengers traveling for free for the first year of operation. 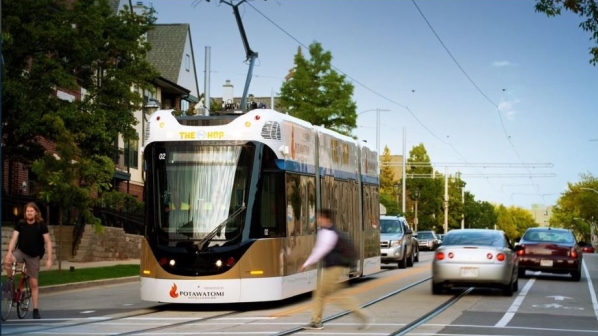 In September 2017, Milwaukee Department of Public Works awarded Transdev Services a contract to operate the network which runs until December 2023, covering the first five years of operations with an option for a five-year extension.

The contract encompasses all day-to-day operation of the system, together with maintenance of facilities, rolling stock and infrastructure. Transdev will subcontract maintenance of the tram fleet to Brookville Equipment Corporation, which is supplying five Liberty LRVs for the project. 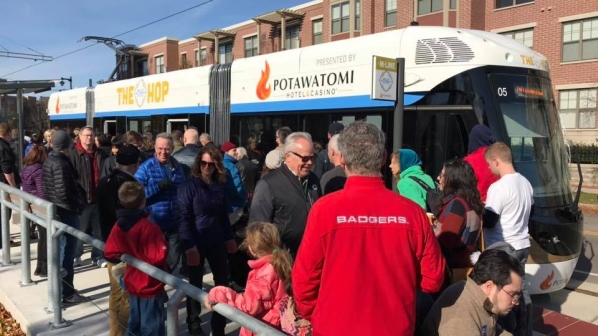 The first of five LRVs was delivered on March 26 after completing its road journey from Brookville’s plant in Pennsylvania. Each three-section articulated vehicle is 20.42m long and can accommodate up to 150 passengers. The low-floor vehicles have two doors per side and roll-on access for passengers in wheelchairs. Each LRV is powered by four 99kW ac traction motors.