HANNOVER transport authority Üstra has placed a €19.4m order with a consortium of Kiepe Electrical, Alstom and HeiterBlick for seven additional TW3000 high-floor LRVs, which will take its fleet of these vehicles to 146. 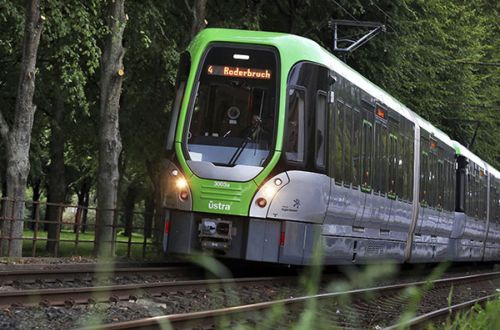 Üstra placed an initial €126m order in 2011 for 50 of the high-floor bi-directional vehicles with two options for a total of 96 additional units. The first option for 50 vehicles was exercised in November 2013, followed by the second option for 46 vehicles in June 2017.

Lower Saxony Transport Authority (LNVG) has agreed to cover 50% of the cost of the latest order, leaving Üstra to provide just €462,000 from its own resources.

In the longer-term, the TW 3000s will replace Üstra’s remaining Duewag TW 6000 trams, 25 of which are due to be withdrawn this year. However, the rate of TW 6000 withdrawals will depend on ridership growth. Üstra’s previous calculations for fleet demand assumed average passenger growth of 1% per year, but ridership increased by 3.9% in 2015 and 3.8% in 2016.