THE city government of Moscow has announced plans to order 50 new LRVS for Roubles 5bn ($US 74m) by the end of the year, with similar orders expected to be placed in each of the next five years. 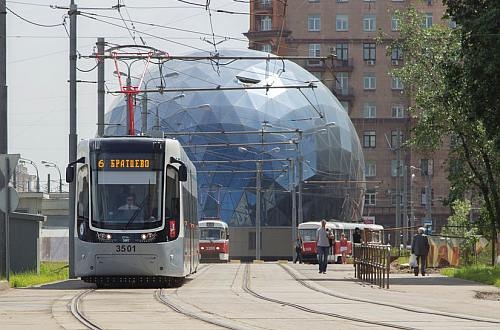 The city will only purchase Russian-built trams as the purchase of foreign LRVs besides those from Belarus and Kazakhstan is forbidden in Russia since January 1 2015.
Plans are also in place to upgrade 50km of the city's 417km network, which is operated by Mosgortrans, by the end of the year.

According to Mr Maksim Liksutov, the head of Moscow's transport department, the city government has already renewed 30% of tram fleet in the past five years, and another 30-40% of rolling stock will be upgraded in the next five years. The total number of Moscow trams amounts to 850 units.