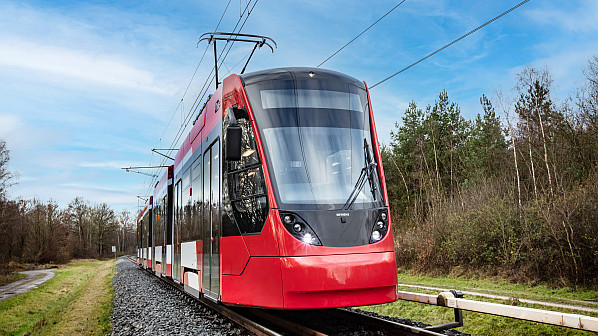 NUREMBERG Transport (VAG) has exercised an option for 14 four-section Avenio LRVs from Siemens.

The additional LRVs will join 12 ordered by VAG in November 2019. Testing of the first of LRVs has begun at the Wildenrath test facility in Germany with the first due to commence passenger operation during summer 2022.

The base contract is worth an estimated €44m and options for a further 61 LRVs are available until 2034. They will be used to expand services on existing and planned new lines.

The new LRVs feature large windows, LED lighting and Wi-Fi along with spaces for wheelchairs and passengers with walking frames by the door. Each LRV is 36.85m-long, 2.3m-wide and 3.55m-high.

An air-duct HVAC system is installed in the LRVs, which is 90% recyclable. Avenio LRVs use a large share of the recovered braking energy for heating, with the remainder fed back into the power grid.