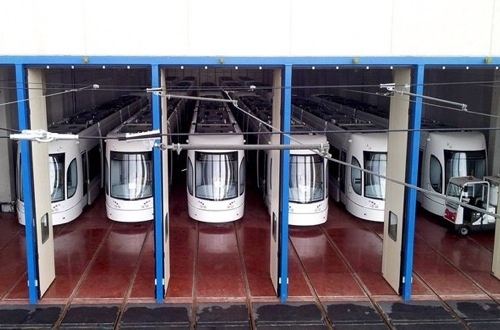 The 17km four-line standard-gauge network has been built by a consortium consisting of SIS, EDS, Bombardier, and Mosco under a contract awarded in 2006.

Services are operated by a fleet of 17 five-section, 32.4m-long Bombardier Flexity Outlook LRVs, which will be maintained by the manufacturer at the system's Roccella depot for the first four years of operation. Bombardier has also supplied its CityFlo 150 traffic management system for the project.

The city of Palermo contributed €87m towards the €322m project, with remainder coming from the Italian government and the European Union.