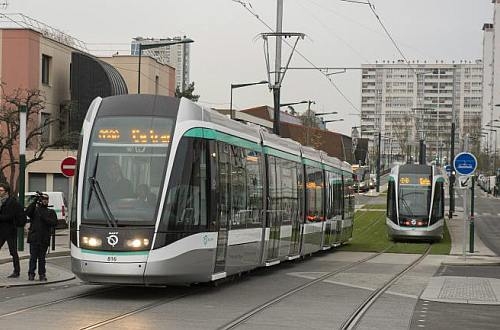 The 8.5km Y-shaped line links Saint-Denis with Epinay-sur-Seine and Villetaneuse in the northern suburbs of Paris and has 17 stations.

Services are operated by a fleet of 20 32m-long Alstom Citadis low-floor LRVs, which can accommodate up to 200 passengers.

Public services will begin on December 20 and Line T8 is expected to carry around 55,000 passengers per day. At peak times trams will operate every six minutes on the branches, with a three-minute interval service on the core section between Delaunay-Belleville and Saint Denis Porte de Paris. Services will operate at a commercial speed of 18.4km/h at peak times.

The total cost of the project was €244m, excluding €43m for rolling stock, which was funded by RATP.