TRIMET, the public transport authority in Portland, Oregon, has launched a public consultation on plans to order 26 new LRVs, which will replace the oldest vehicles in the Max light rail fleet. 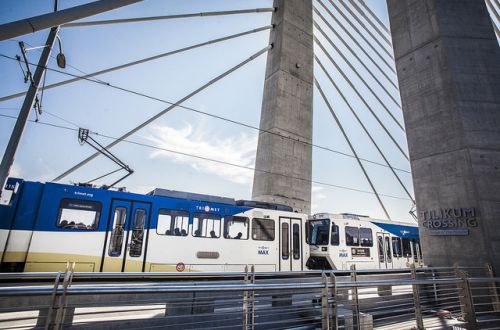 Tenders for the fleet of 26 low-floor Type 6 vehicles will begin later this year with the aim of finalising a contract with the preferred supplier in 2019. Manufacturing will begin in 2020 and the Type 6s would enter service from late 2021 onwards, enabling the withdrawal of the fleet of 26 Type 1 vehicles, which were built by a joint venture of BN and Bombardier and entered service when the first phase of the network opened in 1986.

TriMet says the Type 1s had an estimated design life of 2.4 million-km per vehicle, but look set to reach 3.2 million-km by the time the final vehicles are retired in 2023.

According to TriMet, the Type 1s cost 28% more to maintain than the newest vehicles in the Max fleet, the Siemens Type 5s, which entered service in 2015.