HELSINKI City Transport (HKL) has published renderings of the initial conceptual design for the fleet of Artic XL low-floor LRVs for the Raide-Jokeri light rail line between Helsinki and the neighbouring city of Espoo. 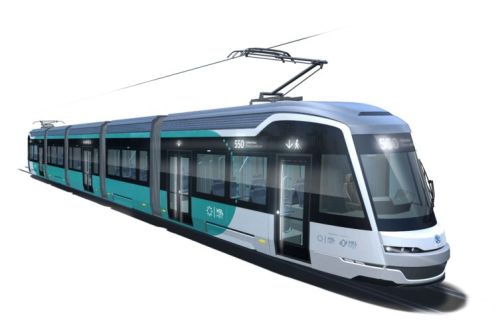 HKL ordered 29 of the 34.5m-long bidirectional vehicles from Škoda Transportation’s Finnish subsidiary Transtech in November 2016, using an option from an initial contract for 40 Artics for Helsinki’s metre-gauge network, which was awarded in December 2011.

HKL says it is focussing on a user-oriented design and has been working with the Helsinki Council on Disabilities to develop the concept, which has been devised with the support of Idis Design, Finland.

The vehicles will accommodate 180 standing and 76 seated passengers, with multi-purpose areas to accommodate pushchairs and wheelchairs.

The 25km Raide-Jokeri line will link Keilaniemi, Otaniemi and Leppävaara in Espoo with Haaga, Pakila, and Oulunkylä in northern Helsinki before terminating at Itäkeskus in the east.

The line is expected to open before the expiry of the current operating contract for the bus route in 2022.