SEATTLE public transport authority Sound Transit has selected a joint venture of Stacy and Witbeck/Kuney for a $US 729.2m contract to design and construct the Downtown Redmond Link light rail extension. 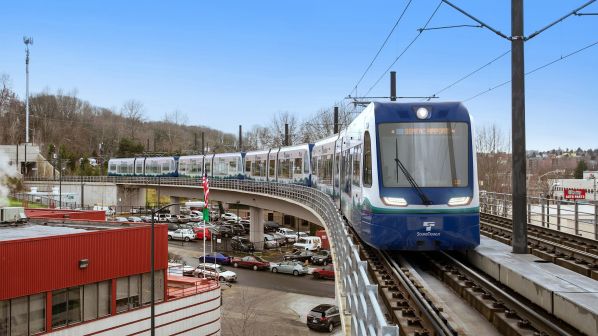 The project will extend the city’s Blue Line 5.4km from Redmond Technology station with two new stations at SE Redmond and Downtown Redmond.

Sound Transit board of directors also authorised the project team to review alternative concepts received during the procurement process and approved an allowance of up to $50m, which will fund selected elements that add value but may increase cost to the project.

Sound Transit is extending its light rail lines to the north, south, east and west with plans to develop a 186.6km network by 2041.

The Northgate extension, due to open in 2021, will add three new stations to the Red Line to serve Seattle’s University District and Roosevelt and Northgate neighbourhoods. This project will be followed in 2023 by the opening of the Blue Line to Mercer Island, Bellevue and Redmond’s Overlake community.

Additional extensions to Shoreline, Mountlake Terrace, Lynnwood, Kent/Des Moines, and Federal Way, including the Downtown Redmond Link, are planned to open in 2024. Further light rail extensions are scheduled to reach West Seattle, Fife and Tacoma in 2030; Ballard in 2035; Paine Field and Everett in 2036; and South Kirkland and Issaquah in 2041.