DETAILS of plans for a major expansion of the Seattle light rail network were announced by Sound Transit on April 27. 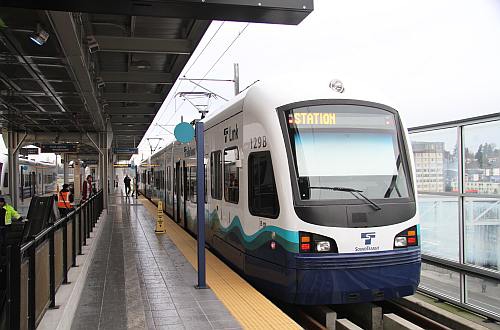 The System Expansion Implementation Plan integrates projects funded through the Sound Transit 3 (ST3) Proposition 1 ballot measure, which was approved by voters last November, with schemes endorsed in the Sound Transit 2 vote in 2008.

By the end of this year, Sound Transit says it will be planning, designing or building 24 bus and light rail projects in Snohomish, King and Pierce counties.

“Sound Transit is taking its game to a whole new level,” says Sound Transit CEO Mr Peter Rogoff. “Delivering a programme of this size and complexity requires a new set of approaches and dramatically intensified collaboration with partners.”

To meet the accelerated timescales proposed for projects in ST3, planning and consultation will begin earlier. Sound Transit says the greatest potential for improving processes falls in the planning, environmental, and permitting phases of projects. It therefore plans to begin identifying route alignments and station locations earlier, streamlining the number of alternatives studied, and accelerating land acquisition.

The plan will also lead to improvements in internal processes. Project teams will include all disciplines, with a focus on integrating work functions across departments, eliminating departmental hand-overs between project phases.

At the end of April Sound Transit issued a request for proposals seeking a consultant to support early planning for light rail extensions between West Seattle, the city centre, and Ballard. In the coming months, the agency will also invite bids for planning work on the Federal Way - Tacoma LRT extension.

Under the implementation plan, the Angle Lake - Federal Way section will enter final design at the end of this year with the aim of completing the project in 2024. Development of the Federal Way - Tacoma Dome section will also begin before the end of the year, with a 2030 opening planned for this stretch.

Construction will begin on the Tacoma Link extension to Hilltop next year and will take around four years to complete.

To the north of the city, the 6.9km extension from University of Washington to Northgate will open in 2021 and the line will be extended to Lynnwood by 2023.

Development will begin on the Lynnwood - Paine Field - Everett section in 2020, with opening scheduled for 2036.

Planning will begin this year on a new line from central Seattle to Ballard, with a new tunnel under the city centre, and this is due to be completed in 2023.

In the east, the light rail extension to Redmond Overlake will open in 2023 and the line will reach central Redmond by 2024.