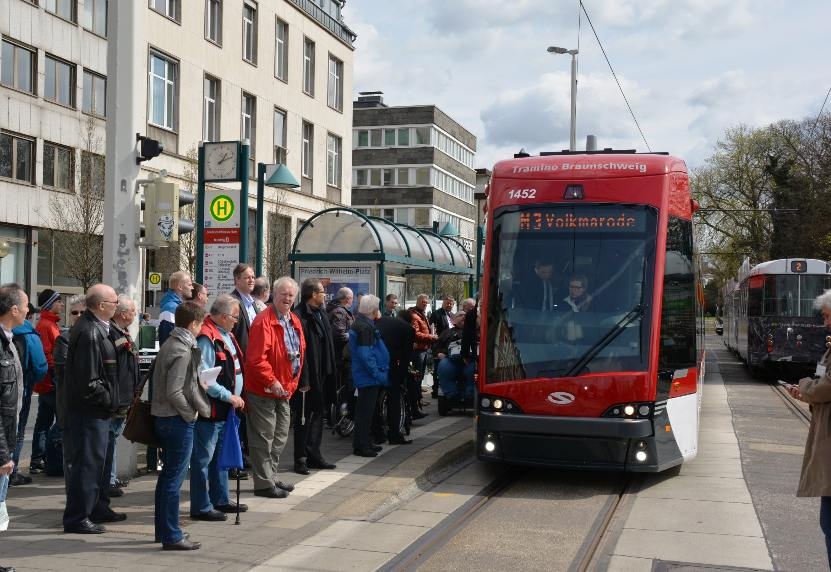 The 35.7m-long four-section unidirectional vehicles are 2.3m wide and accommodate 211 passengers, 87 of them seated.

The Tramino is equipped with five 90kW asynchronous traction motors and 0.75kW supercapacitors, which store energy from the regenerative braking system for reuse by the traction system during acceleration.

All services on lines M3 and M5 are now operated by the new vehicles, which have replaced high-floor trams dating from 1977.

Solaris expects to deliver the final vehicle next month. Braunschweig is the fourth city to order the Tramino and the second in Germany after Jena, which took delivery of five vehicles from the Polish manufacturer in 2013.