THE municipal government of Sorocaba, Brazil, issued a public call for proposals on August 7 seeking companies interested in conducting preliminary reports for the implementation, operation and maintenance of a light rail line in the city. 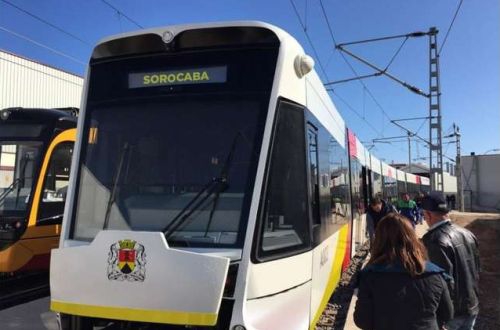 The Sorocaba light rail is expected to carry up to 200,000 passengers a day.
Photo Credit: Renata Passos

The 24.1km line, which will use the current alignment from Brigadier Tobias to George Oetterer, was announced at Brazil’s first Seminar on Sustainable Urban Mobility and Infrastructure on March 15.

Interested parties have until September 10 to apply to participate in the process. According to the city government, the studies will look at the structuring of the projects and the subsequent evaluation of possible models of concession contracts, either as a standard concession or a Public-Private Partnership (PPP).

The 13km-long first phase of the light rail between George Oetterer and downtown of Sorocaba is scheduled to begin operation in August 2020, while a timeframe for the second stage has not yet been set.