THE Turkish city of Izmit moved a step closer to opening its first light rail line on March 23, when the mayor of Kocaeli Metropolitan Municipality Mr Ibrahim Karaosmanoglu officially launched testing on the 7.2km east-west Akçaray line from Otogar to Seka ferry terminal. 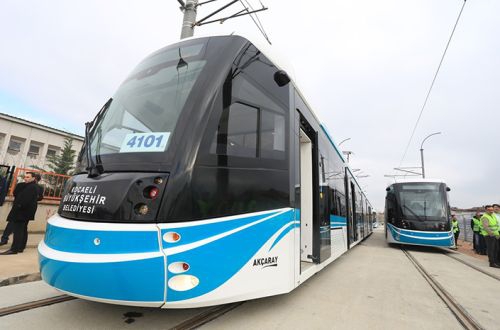 Durmazlar, Turkey, is supplying 12 bidirectional low-floor LRVs for the project and the first three vehicles have been delivered to Izmit. The 33m-long five-section vehicles are 2.65m wide and have a maximum speed of 80km/h.

Karaosmanoglu confirmed at the event that commercial services will begin on the 11-station line in June.