Toronto Transit Commission issues RFI for up to 100 LRVs

TORONTO Transit Commission (TTC) issued a request for information on September 12 “to gauge market interest and capabilities of potential suppliers” for the delivery of up to 100 low-floor LRVs. 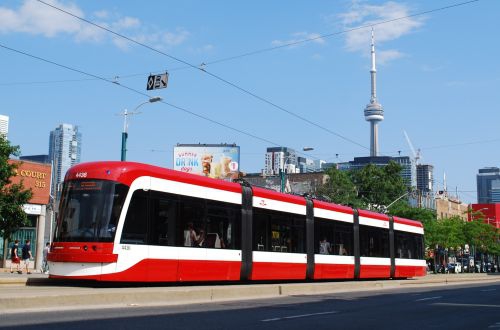 Bombardier is currently delivering an order for 204 LRVs, which was placed in 2009, but the contract has been beset by delays. According to the original delivery schedule, 100 vehicles were due to be delivered by the end of 2016, but by the end of December TTC had received just 30 vehicles.
The contract includes an option for 60 additional vehicles and TTC has expressed a desire to exercise this option as it needs more LRVs to meet projected demand. The option is worth around $C 361m and under the terms of the contract must be exercised before TTC receives the 60th vehicle from the initial order.

However, in July, Toronto’s deputy mayor and TTC commissioner Mr Denzil Minnan-Wong asked TTC to “conduct a market sounding and prequalification process” to gauge the interest of suppliers.

TTC plans to hold a pre-bidding event for interested suppliers at its Leslie Barns maintenance facility on October 31.