STADTWERKE Ulm (SWU) has selected Siemens as preferred supplier for a €31m contract to supply 12 low-floor LRVs for the expansion of the metre-gauge tram network in the German city. 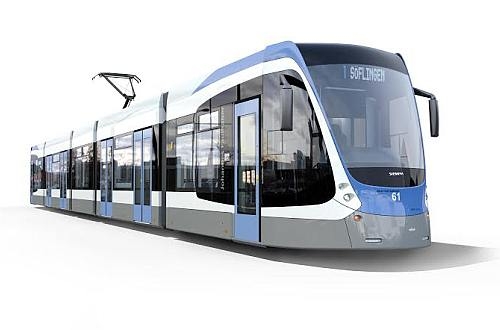 Ulm needs additional vehicles for its second tram line, which will run for11km from the Science Park in the northwest of the city to the main station and Kuhberg in the southwest. The line is expected to open in 2018 and the city is currently seeking funds from the German government for the €155m project.

SWU says it plans to sign the contract with Siemens as soon as the city council approves construction, which is expected to begin later this year.

The 31.5m-long Avenio vehicles will accommodate up to 175 passengers and deliveries are due to start within 24 months of contract signing.

SWU currently operates a fleet of eight Siemens Combino vehicles, which have been in use on Line 1 since 2003.