THE Dutch province of Utrecht announced on October 28 that it has made a preliminary decision to convert Utrecht’s Nieuwegein/IJsselstein Fast Tram (SUNIJ) to a conventional light rail line by 2020, modernising infrastructure and replacing the ageing tram fleet with new low-floor LRVs. 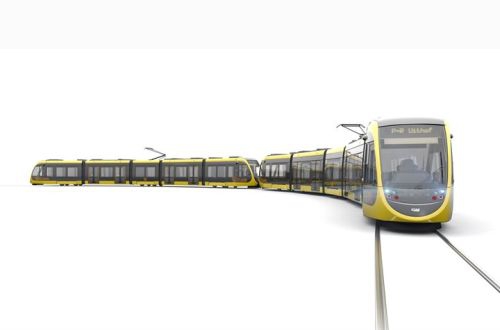 The work will make SUNIJ compatible with the new Uithof Line from Utrecht Central Station with the University Campus, which is due to open in 2018. The two lines will meet at Utrecht Central.

The first part of SUNIJ opened in 1983 and large-scale renewals are now required on much of the line, although part of the route has already been modernised. The high-floor trams used on the line are also approaching life-expiry.

As part of the project, SUNIJwill be adapted for low-floor vehicles and 22 CAF Urbos LRVs will be procured using an option from the existing contract to supply 27 LRVs for the Uithof Line. The province says the option will be exercised as soon as possible.

The new trams will operate in multiple, and each 75m long pair will accommodate up to 500 passengers. Stations on the Uithof Line are being constructed to accommodate 75m-long trams, which will allow through operation.

The total cost of infrastructure works is estimated to be €141m. This excludes the cost of modernising the combined tram/bus depot built, which is already being upgraded as part of the Uithof Line project. However, with the need to provide capacity for 22 additional trams, a second €40m phase of construction will be required.

The provincial council will consider the proposals on December 12.