THE Dutch Province of Utrecht has revealed that the project to convert the Utrecht - Nieuwegein/IJsselstein (SUNIJ) line from light rail to conventional tram operation is further delayed than recently foreseen. 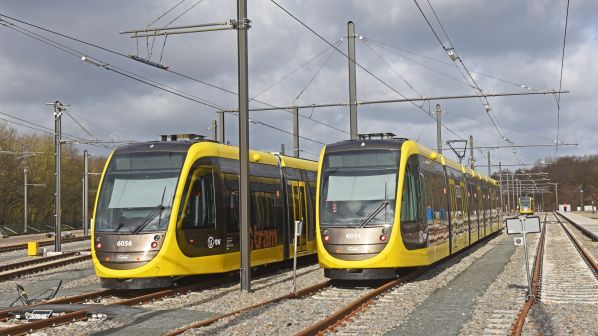 The project involves converting the line from a fast light rail system with high-floor LRVs (Sneltram in Dutch) into a conventional tram line operated by low-floor LRVs. The rebuilt line will be connected to the Uithof Line which opened in December 2019 to provide a cross-Utrecht service.

Among the reasons cited for the additional delay by the Province of Utrecht, which owns all LRT lines in the Utrecht area, is that the project was originally deemed to be a renovation scheme, but the ILT rail safety authority now classifies it as new construction project, which means different documentation is required. The provincial government has accepted the ILT ruling. A permit to operate CAF Urbos 100 LRVs on the rebuilt line is also required.

The project, originally scheduled to be completed on September 21, was already rescheduled for completion on November 15. A new date for opening the reconstructed line has yet to be announced. Meanwhile buses will continue to replace the SUNIJ light rail service.