AUSTRIAN light rail operator Wiener Lokalbahnen (WLB) has restarted a tender for new LRVs for its 30km line from Vienna to Baden after receiving just one bid in the original competition. 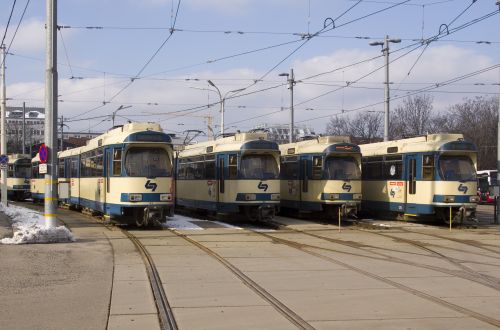 WLB launched a tender in October 2016 for a contract to supply up to 18 vehicles, but at the end of last year the process was halted due to a lack of interest from the market.

However, WLB has also decided to increase the maximum number of vehicles in the contract to 34 because the 24 class 100 trams built by SGP are nearing the end of their useful life and WLB is considering introducing a more intensive timetable.

The bidder (reportedly Stadler/Kiepe) has challenged the decision to revoke the tender in court, but the appeal was rejected on the grounds that WLB had complied with procurement legislation when it terminated the process.

WLB has now issued a new tender for 18 LRVs, with an option for up to 16 more. The winning bidder will also provide maintenance services for up to 32 years.

The closing date for bids is March 27 and deliveries should start in 2020.