ANSALDOBREDA has delivered the first two Sirio LRVs to the Chinese city of Zhuhai, with the remaining eight set to be assembled in China by its domestic partner CNR Dalian. 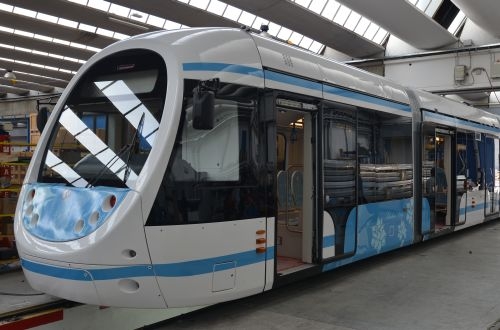 Sirio is a bidirectional five-car standard-gauge vehicle, which features two motorised and one trailer bogie. It has capacity for 279 passengers and utilises high-resistance steel bodyshells. All trams will be fitted with Tramwave free catenary technology and supercapacitors developed by Ansaldo STS which allow the vehicle to operate without catenary on certain sections of the line.

Sirio is the result of a 10-year agreement signed between AnsaldoBreda and CNR Dalian in 2012 which will enable CNR Dalian to produce the trams in China under license. The LRVs will be operated on the 8.7km Line 1 of the Zhuhai's light rail network, the first part of which is due to open in conjunction with the China International Aviation & Aerospace Exhibition on November 11-16.