FOLLOWING a 10-day standstill period, the Welsh government appointed KeolisAmey as operator and development partner for the Wales & Borders franchise and South Wales Metro on June 4, confirming an investment of £1.9bn over the 15-year duration of the franchise. 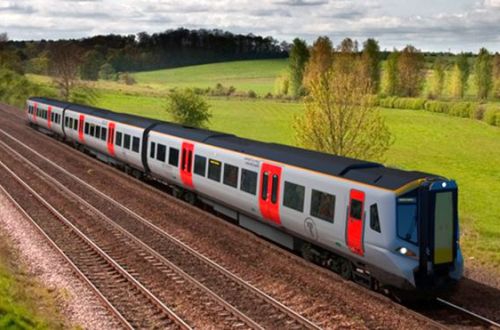 According to the Welsh government, around £800m will be invested in rolling stock to ensure that by 2023, 95% of journeys will be made on a new fleet of 148 trains. The average age of the fleet will drop from 25 years to seven years by 2024.

More than half of the new trains will be assembled in Wales, indicating a major order will be placed with CAF, which is currently building a new assembly plant near Newport.

Existing trains will also be replaced by modernised rolling stock cascaded from other parts of the network. Class 769 electro-diesel multiple units converted from class 319 EMUs will be introduced later this year as a stopgap pending the introduction of new-build bi-mode stock. Vivarail Class 230 D-Trains and class 170 Turbostar DMUs will join the fleet next year, while Mk3 coaches used on locomotive-hauled Cardiff - Holyhead services will be replaced by refurbished Mk 4 inter-city coaches released by the introduction of new Hitachi trains on the East Coast Main Line.

Pacer railbuses will be withdrawn by the end of next year, while the introduction of new rolling stock will enable the franchise to completely dispense with its class 150, 153, 158 and 175 DMU fleets by 2023.

New DMUs will be introduced on the North Wales Coast and Cambrian lines in 2022, and the Milford Haven - Manchester route by 2023. Refurbished two-car class 170s will replace ageing Sprinters on the scenic Heart of Wales Line by 2022.

£738m will be invested in the South Wales Metro project, which will provide the Valley Lines network around Cardiff with faster, more frequent electric services. A new fleet of low-floor vehicles offering level boarding will be introduced on the network by December 2022, while a new fleet of Stadler “tri-mode” (electric/diesel/battery) multiple units will maintain links from Penarth, Barry and Bridgend to stations north of Cardiff Central. These trains will enter service from December 2023.

Diesel operation will cease on the Central Metro lines by 2024. “The new contract reflects our commitment to carbon reduction,” says cabinet secretary for economy and finance, Mr Ken Skates. “Treherbert, Aberdare, Methyr Tydfil, Coryton and Rhymney lines running north out of Cardiff Queen street will be 100% electric traction, with the electricity sourced from 100% renewable sources. There will be a reduction in carbon emissions of 25% across the whole service by the fifth year, as a result of introducing the latest generation of low emission DMUs.”
£194m will be invested in the modernisation of all 247 existing stations and the opening of five new stations.

By December 2023 the franchise will operate 285 extra weekday services across the country, with 294 additional trains operating on Sundays, representing an increase of 61%. Frequencies will be improved on the Newport - Ebbw Vale, Wrexham - Bidston, Shrewsbury - Swansea, Cardiff - Cheltenham and Shrewsbury - Aberystwyth lines.

Operations will transfer from incumbent operator Arriva Trains Wales on October 14 and the contract will run until October 2033.