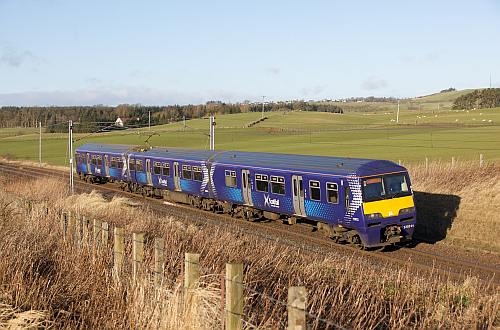 Abellio will take over on April 1 next year and will operate the franchise for a minimum of seven years with an option for a three year extension, which will be decided in 2020. The contract also includes a five-year break clause.

The new franchise will see the introduction of passenger Wi-Fi on all trains, £5 advance fares between any two Scottish cities, the rollout of smartcard ticketing, and a 23% increase in the size of the train fleet.

A fleet of 80 new EMUs will enter service from December 2017 on services between Edinburgh, Glasgow, Stirling and Dunblane as part of the electrification of these routes. Abellio will also introduce HSTs (pictured below) on services from Glasgow and Edinburgh to Inverness and Aberdeen from December 2017 using trains released by the British government's Intercity Express Programme. These trains will be refurbished before entering service with ScotRail.