BRITAIN’s Department for Transport (DfT) has agreed a three-year contract with Arriva to continue to operate CrossCountry services, which encompasses long-distance and regional trains on routes from Aberdeen to Penzance, and Stansted Airport to Cardiff, serving more than 100 stations. 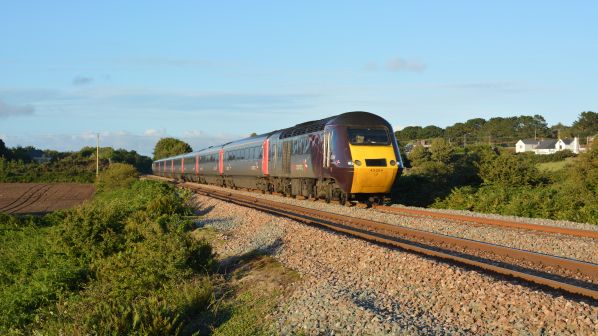 CrossCountry will increase the use of HSTs on long-distance services to boost capacity.
Photo Credit: Keith Barrow

Arriva’s existing contract was due to come to an end on October 18. The new contract is similar to the Emergency Recovery Measures Agreements (ERMA) announced by the DfT in September in that the government will take on the revenue and cost risk associated with the contract and pay Arriva a performance-linked fee to run the service. The DfT says this will incentivise the operator to improve operational performance, passenger experience and service quality.

The ERMAs have been introduced for 18 months from September and effectively ended the franchising system. The government says the ERMAs are the first stage in creating a concession-based system for operating Britain’s railway network. Arriva secured the CrossCountry franchise contract in 2007.

The new contract includes the addition of 20,000 extra seats per week by offering longer trains from the May 2021 timetable change. The DfT says the main beneficiary will be local and regional routes where more class 170 Turbostar DMU vehicles will be deployed. Long distance routes will also benefit from more intensive use of seven-car High Speed Trains, enabling the deployment of four and five-car class 220/221 Voyager DEMUs on other routes.

CrossCountry is also set to benefit from extra operational staff on services to support passengers.

The DfT has also emphasised introducing improved environmental performance in the new contract. Arriva CrossCountry will trial the use of electrical shore supplies with Turbostar DMUs at depots in order to reduce the use of diesel engines. In addition, the DfT says it will continue to work with Beacon Rail, the owners of the Voyager fleet to trial the use of on-train batteries when entering and leaving stations to prevent engines from idling while at platforms, helping to improve air quality.

“Today’s announcement is welcome news and brings much needed continuity for the communities and regions we serve and to our employees at a time of great uncertainty for the country,” says Mr David Brown, Arriva’s managing director for UK Trains. “Now that we have secured continuity, we must work on the future direction of rail reform to serve the changing travel patterns of our customers.”

“The deal announced today reaffirms our commitment to ending the complicated franchise system and is focused on the best interests of passengers, delivering better services and helping create a new kind of railway,” says rail minister, Mr Chris Heaton-Harris.

“With a real focus on boosting capacity and seizing the opportunity to create more environmentally sustainable services, this new contract will benefit passengers in the long term, improving their experience when travelling on our railways.”