The ticket will allow unlimited travel across Austria for €1095 from October 26. 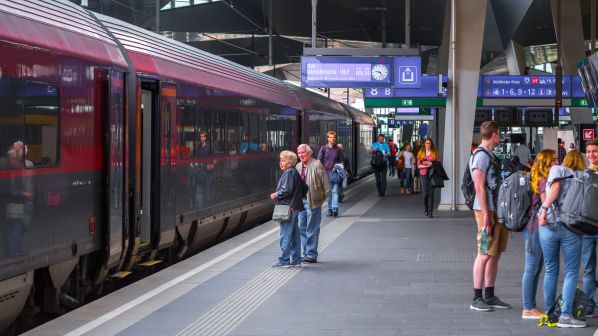 The pass is available at a discounted rate of €699 for senior citizens and students.
Photo Credit: Shutterstock/Sodel Vladyslav

ADVANCED sales of the Klimaticket Ö, Austria’s first annual nationwide public transport ticket valid on services provided by all public transport operators, including ÖBB and Westbahn, began on October 1 ahead of the pass becoming active on October 26.

Introduction of the national ticket was confirmed following an agreement reached by the Federal Climate Protection Ministry and the Federal States of Vienna, Lower Austria, and Burgenland.

A ticket that allows holders to use all public transport in the Vienna capital region for €365 per year has been available since 2012. The new VOR KlimaTicket Region providing access to all trains and buses in Lower Austria and Burgenland for €550. Public transport in the three federal states of the Eastern Region can also be accessed with the VOR KlimaTicket Metropolregion, which is available for €915. Both regional tickets will be valid from October 25.

“There have been intensive negotiations over the last one and a half years,” says Lower Austria governor, Ms Johanna Mikl-Leitner. “Today we can say: we have reached the first stage of improving the attractiveness of public transport with the largest fare reform in the eastern region. For commuters, we are talking about significant price reductions of up to €1500. For us in Lower Austria, however, it is clear that the price alone will not be decisive in determining whether people will increasingly use public transport for their school, work and leisure journeys. We are already focusing on two other goals in our Blue-Yellow Mobility Plan: after cheaper prices comes better and more comfortable services.”