AUSTRIA’s Ministry of Transport has decided to award a one-year stop-gap contract to Austrian Federal Railways (ÖBB) to run services in the Vienna region followed by a nine-year contract. 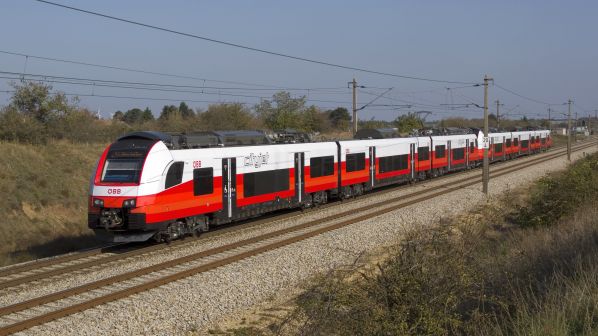 The ministry wanted to grant ÖBB a 15-year direct-award contract, but this was ruled illegal by the Administrative High Court according to European Union regulations.

At the same time the ministry announced a direct-award PSO contract to tram-train operator Vienna Local Railways (Wiener Lokalbahnen) which runs the service between Vienna Opera and Baden. This contract will also start in December 2019, but it will run for 15 years. The ministry believes this contract complies with EU law as it was announced in time.

The ministry will also directly award two 10-year PSO contracts, both of which will start in December 2020.  One contract is for the Graz Köflacher Railway which runs the Graz - Köflach and Graz - Wies-Eibiswald lines in Styria, while the other contract concerns the Vienna - Ebenfurth - Sopron - Deutschkreutz service operated by Györ-Sopron-Ebenfurth Railway.