BANGLADESH Railway (BR) started work on the Padma Rail Link project on July 3 after signing a $US 2.6bn loan with Chinese Exim Bank for the project on April 27. 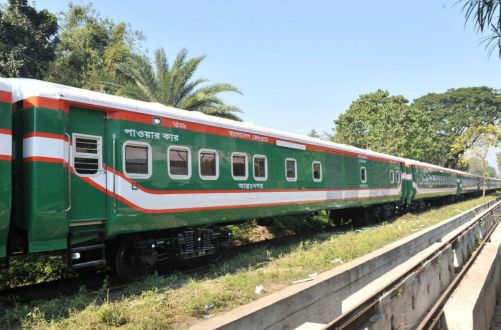 Bangladesh Railway's Padma Rail Link is due to be completed in June 2022.

Officials told The Financial Express the announcement comes after meeting the Chinese government’s conditions, including handing 20% of the contract price and land for the Mawa to Bhanga section over to China Railway First Group (CRFG).

BR signed a $US 3.1bn commercial contract with CRFG in August 2016 under the government-to-government arrangement but a delay in signing the deal due to the fixation of the loan amount and interest rate delayed the project for nearly 20 months.

China will now cover 80% of the project cost under its preferential buyer's credit line, with 20% funded by the Bangladesh government.

The Taka 350bn ($US 4.1bn) project, due for completion by June 2022, will establish a 225km rail link with nine southern districts and connect Mongla and Benapole ports via the 6.15km under-construction Padma Bridge.

The route will be established in four sections: Dhaka - Gendaria, Gendaria - Mawa, Mawa - Bhanga junction via Padma Bridge and Bhanga - Jashore Bridge. The 50km phase from Mawa to Bhanga will be built first to enable the operation of trains over Padma Bridge on the day of its inauguration.