BLS, Switzerland’s second biggest railway, announced on June 21 it has decided to accept the two concessions it has been awarded by the Swiss Federal Transport Office (BAV), and will not appeal the decision not to grant it a further three concessions. 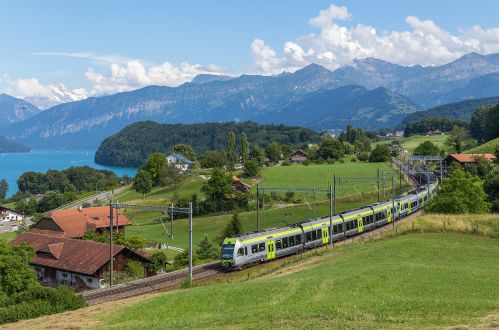 BLS will operate two long-distance services on the lines connecting Bern - Biel and Bern - Burgdorf - Olten from December 2019 and the company plans to order eight Mutz double-deck EMUs from Stadler in the next few weeks to run this service, under an option that is still valid from the original order for the trains in 2012.

The decision means BLS can once again enter the long-distance market in Switzerland, after it ceded its last-remaining long-distance services to Swiss Federal Railways’ (SBB) in 2004 in return for control of the Bern S-Bahn network. But the move also means it cannot offer the improvements in service that it planned when it applied for a package of five lines, which was calculated based on having on-board attendants and ticket sales on all inter-city routes. BLS says this arrangement is not commercially viable with only two lines. The company plans to renew its application for the five lines when the next concessions come due.

BLS has decided not to launch an appeal, as it does not want to jeopardise the timely introduction of the new services despite what it considers to be a doubtful legal situation, and has called upon all parties involved to press ahead with the concessions as awarded.

As well as appreciating the “SBB plus x” model for opening Switzerland’s inter-city network market to competition, BLS also welcomed BAV’s proposal to review the concession procedure. It proposes a run-up of at least five years for applicants to enable procurement of suitable rolling stock, and called for a level playing field with regard to financing: at the moment companies that are not state-owned incur significantly higher financing costs than SBB, which enjoys the advantage of cheaper loans from the state.