BRITAIN's infrastructure manager Network Rail (NR) has issued the Wessex Route Plan, a blueprint for the future of passenger and freight services from London Waterloo to the south and the west of England over the next 30 years. 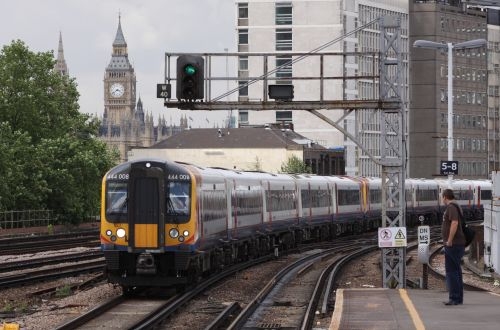 The draft consultation plan sets out how the network could cope with an anticipated 40% growth in use of South West Main Line services from London Waterloo to Reading, Southampton, Weymouth, Portsmouth and Exeter as well as suburban services in southwest London, Berkshire and Surrey by 2043. Freight traffic is also set to grow on the primary route on the network from the Port of Southampton to the midlands and the north.

The study identifies needs to increase capacity by 60% to meet expected demand on high-peak services into London Waterloo, which is equivalent to 37 trains per hour.

Among the suggested projects is the addition of a fifth track between Clapham Junction and Surbiton, the introduction of ETCS and automatic train operation (ATO) on the main lines, new flyovers at Woking and Basingstoke, and electrification of the line from Basingstoke via Salisbury to Southampton. The plan also considers Crossrail 2, which includes a new tunnel from Wimbledon to Tottenham Hale, as critical to delivering the required capacity. Grade separation in Basingstoke and the introduction of a four-track section between Wallers Ash and Micheldever could also provide an hourly freight service from Southampton to the Midlands.

In addition the introduction of double-deck trains on Basingstoke - Waterloo services, the first in Britain, is also suggested as a way of boosting capacity, although the cost of rebuilding bridges to accommodate these larger profile vehicles may prove prohibitive. The cost of all of these upgrades has not yet been calculated.

It is hoped that some of the projects could be included in NR's next funding period, Control Period 6 (CP6). This is set to run from 2019 to 2024, and certain projects from the plan could be selected for the Initial Industry Plan for CP6 which is set to be published in September 2016.

The draft Wessex study is open for public consultation and the final version is due to be published next summer. To see the complete study, click here.