THE number of passengers transported by rail in Bosnia during the first quarter of 2018 increased by 22.8% to 113,000, compared with 92,000 during the same quarter in 2017, according to data from Bosnia and Herzegovina’s Agency for Statistics. 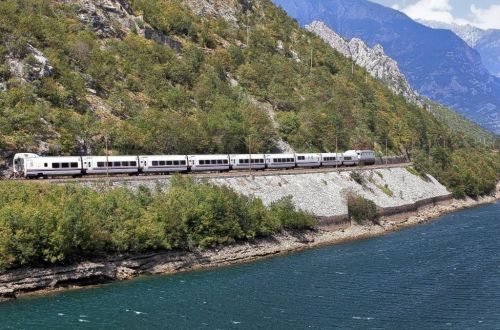 Passenger numbers in Bosnia are increasing.

The volume of freight transported increased by 5.6% in the same period to 3.51 million tonnes, compared with 2.98 million a year ago.

Rail accounts for only 3% of total passenger transport in Bosnia and Herzegovina, while its share of freight traffic is 59.56% compared with road transport on 40.43%.

Meanwhile, a report from auditors Grant Thornton revealed that the short-term liabilities of Republika Srpska Railways, one of the state-owned railways in Bosnia and Herzegovina, were higher than its assets by at least Bosnian Convertible Marka 206.5m ($US 124.2m).

The report says this indicates “the existence of significant uncertainties that the company will be able to regularly settle its obligations and operate on the principle of business continuity,” reports local portal Fokus. The 2017 audit confirmed that the company has been continuously operating at a loss.

At the end of 2017, Republika Srpska Railways reported liabilities to the government amounting to Bosnian Convertible Marka 158.4m arising from the settlement of obligations under loans from the European Bank for Reconstruction and Development, the European Investment Bank, and the governments of Portugal, Serbia and Poland, which the government settled on behalf of the railway. Liabilities for salaries and compensation to workers amounted to Bosnian Convertible Marka 32.4m.

There were also 560 litigation cases underway against Republika Srpska Railways with a total value of Bosnian Convertible Marka 27.1m, 493 of which were labour disputes.

The auditor’s report warned that losses could increase due to the court proceedings costs and default interest rates.